The decision of the italian Supreme Court is important, but are politicians that must change the laws. Article by Leonardo Fiorentini, Director of Fuoriluogo.it (translated by Hassan Bassi).

“The crime of drug cultivation can be defined regardless of the quantity of active compound that could be obtained immediately, being sufficient the conformity of the plant to the botanical type as legally allowed and its capacity to reach maturity and produce narcotic substances, also in relation with the cultivation methods. However the small-scale cultivation carried out at home should to be considered out of the scope (excluded from the application) of the criminal law, as far as it appears to be intended exclusively for personal use, due to the rudimentary techniques used, the small number of plants, the modest quantity of product obtainable, the lack of any further indicator of any collusion with the illegal drug market.”

This is the recent rule issued by the Italian Supreme Court (Corte di Cassazione). The question brought to the attention of the court was whether was sufficient, to configure the cultivation crime, that a cannabis plant was able, given its ripening growth, to produce narcotic substance for consumption, even if in quantity not immediately detectable , or if it was necessary to verify that the cultivation was actually suited to harm public health and to further promote drug circulation in the black market.

The Supreme Court seems to have supported (the court’s complete reasoning will be published in the next weeks) the second option but excluding the criminal punishment for plants exclusively aimed at personal use, based on their quantity and basic cultivation procedures. While administrative sanctions provided for consumption of narcotic drugs can still to applied according to current drug law (art. 75 of Presidential Decree 309/1990), cultivation for personal use should not automatically defined as a trafficking crime and therefore liable to a sentence from 2 to 6 years of imprisonment (even if it was often considered as minor crime sentenced from 6 months to 4 years). The Supreme Court therefore confirms a common judgment widely used in Italian lower courts: defendants were acquitted when it was obvious or proven by their defense that the cultivation was intended exclusively for personal use.

Pending the court’s complete reasoning publication, it should be noted that this rule does not amend in the any way the current law. According to the Italian judicial system , this decision simply provides a suggestion for the judiciary. Law enforcement officers, lower courts and appeal judges will still be able to address cannabis cultivation as did until now, but they should be aware that Supreme Court does not considers such behavior a criminal offense.

«This decision is important because it explains clearly that it is senseless to criminalize behaviors that are evidently intended for personal drug use. We should all take note that the practice of consumption, but also the self-production, of cannabis for personal use, are now normalized in our society and therefore it is a government responsibility to regulate it in order to limit the eventual harm for users. Unfortunately, current norms are deaf to the appeals that we made several times in recent years for an overall reform of the actual law, which is about 30 years old»,  says Stefano Vecchio, President of Forum Droghe. «The Italian Parliament should quickly debate and approve a bill for an immediate modification of art.73 of current law (as in the bill introduced by PM Riccardo Magi), in order to clarify the difference between trafficking and personal use in regards to cannabis cultivation. However, the problem is that today there is no room for a wide debate on drug policies in Italy. The National Conference on Drug has not been convened for too many years, while media and irresponsible politicians keep talking about ‘drugs’ only when related to tragic events or for the creation of instrumental generic alarmism. That is why Civil Society organizations, workers, professionals, people who use drugs have decided to convene a national conference in February in Milan (28-29/02/2020) in order to discuss current drug policies and new reform proposals after 30 years of a failed drug war.”

This is the fourth time that Supreme Court judges intervene to adapt current Italian drug law to constitutional dictate and common sense policies. The previous times the Court declared illegitimate some provisions that were clearly worsening the current law in a more prohibitionist and criminalizing way.

This rule confirms a principle already widespread in many lower courts,   namely that it is senseless and wrong to consider drug dealers those who grow a few cannabis plants for their own personal consumption. Indeed, several people growing a few plants in their own home received harsh sentences, even if it was proven that they had absolute no contact with the illegal market.

The Supreme Court rule underlines the lack of an open and honest debate at the political level, which is still hostage of the prohibitionist ideology. This became evident recently when many politicians failed to oppose the last crusade of the former  “Minister of Fear” Matteo Salvini against the so-called “cannabis light” (hemp), with not psychoactive effects, given its less than 0.5% THC content. After thirty years of heavy prohibition in Italy, and almost 60 years across world, our prisons are filled with drug dealers and users (respectively 35% and 28% of current inmates in Italy), while the illegal market is broader, healthier and more varied than ever. We must face the failure of drug prohibition at both national and International levels, starting with the decriminalization of most used and less dangerous “drugs” – namely, cannabis – even if still included in the list of schedule 1 drugs. Politicians should  be ashamed of themselves for avoiding an open debate on this urgent issue. Just like for countries such as Uruguay, Canada and 11 US states, it is time for Italian politicians to embrace a wide and common-sense reform about cannabis use for adult population. 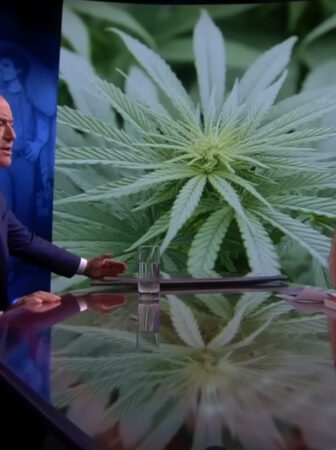